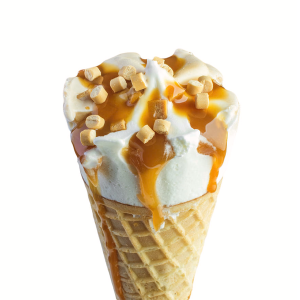 Searching for the delicious Vegan alternatives to ice cream? Find the most tasteful alternatives appreciated by other people.

You’ve just gotten home from a long day at work, and you’re ready to crash on the couch with a movie and a pint of ice cream. But wait–is it even possible to make vegan ice cream? And if so, is there any way it could compare to the rich creaminess and sweet texture of dairy-based ice cream? You’ve seen a few vegan brands in the grocery store, but you’re not sure if you’re ready to make the plunge. Could an ice cream made from plants or nuts really compare to the cold, refreshing taste of a pint of Ben and Jerry’s?

In the past, a vegan alternative to ice cream was practically unheard of in grocery stores. There might be one or two options for lactose intolerant people, but they were typically limited to popsicles and fruit pops. But in today’s modern world, with a growing number of consumers switching to vegan diets, non-dairy ice cream manufacturers are springing up across the country. These brands have formulated delicious plant-based recipes that replicate the sweet, creamy texture of ice cream without the gallons of milk. They’re lighter, healthier, and better for you and the environment. And they come in a whole spectrum of flavors that goes way beyond the traditional chocolate and vanilla. Even non-vegans might find themselves buying a pint or two!

What are the Health Benefits of Switching to Vegan Ice Cream?

No one’s going to pretend that ice cream is good for you. It’s loaded with fat and calories, crammed with heart-bursting amounts of sugar, and typically stuffed with sugary bits like chocolate chunks, cookie dough pieces, or peanut butter ribbons. There’s a reason it’s known as a “comfort food”–and it’s not because it’s healthy. We’ve all seen the movie scenes of people crying into pints of ice cream after a bad break-up, or stuffing themselves to cope with a hard day at work.

Non-dairy ice cream isn’t necessarily a “health food,” but it’s still much better for you than a pint of traditional ice cream. Non-dairy ice cream is typically made from natural ingredients like nuts, hemp, soy, and even avocado. Instead of being crammed with milk and sugar, it’s typically flavored with natural sweeteners like agar agar. Some vegan ice cream products even offer health benefits, due to the vitamins and minerals and natural proteins present in the ingredients. When you’re making ice cream without the milk, you have to get a little creative. And non-dairy ice cream manufacturers have done just that, by coming up with lighter blends made from plants and nuts harvested directly from the source.

Will I Save the Environment by Eating Vegan Ice Cream?

Vegan ice cream products are also much better for the environment than their traditional milk-based counterparts. Because the milk industry isn’t just harming the environment–it’s actively destroying it. Most dairy farming uses unsustainable methods that destroy natural areas like prairies and wetlands. Dairy cows and their manure cause excess amounts of greenhouse gases, which contributes to the climate change crisis. The farms produce copious amounts of waste, which is dumped haphazardly and contaminates the soil and local water supply. And worse still, these farms use billions of liters of water every year, with no consideration as to how they’re going to replace it.

The dairy industry is also rife with animal cruelty. It’s estimated that the U.S. alone houses at least nine million dairy cows, with the majority of these cows being trapped in cruel, unsanitary conditions. The cows are forcibly impregnated to keep the milk production flowing. As soon as the babies are born, the calves are ripped away from their mothers, either to be slaughtered or raised as dairy cattle themselves. Most of the cows spend their entire lives trapped in tiny cubicles, never knowing the joy of roaming around in a field or spending time with their calves. Their tails are cut off, their horns are ripped out, and as a reward for their suffering, they’re brutally killed long before the end of their 25-year lifespan.

For these reasons, non-dairy ice cream is a treat that’s free and clear of the baggage from the dairy industry. Every recipe is 100% plant based, meaning you won’t have to worry about a single animal being harmed in the process of making your ice cream. Many non-dairy ice cream brands also use sustainable harvest methods that replenish the environment instead of destroying it.

Is Non-Dairy Ice Cream Expensive or Hard to Find?

Vegan products are traditionally seen as more expensive and hard to find compared to their non-vegan counterparts. Fortunately, vegan products have become more accessible than others. Most major grocery stores carry at least one or two brands of non-dairy ice cream, with some dedicating entire freezer sections to vegan alternatives. If you’re looking for even more options, try a local specialty store or gourmet food store. Some ice cream brands have even opened their own storefronts, so you can feel like a kid going to the ice cream shop again without all the guilt.

As vegan alternatives to ice cream grow increasingly popular, the price continues to drop. Vegan alternatives may have been expensive ten years ago, but today you can buy your favorite treats for only a few dollars more than the traditional options. Some brands are even the same price or cheaper as the full-fat, dairy-based options.

Can I Still Get All My Favorite Flavors?

Vegan alternatives to ice cream go way beyond the standard flavors. You might not be able to find a counterpart to that highly specific Ben and Jerry’s flavor you’re always craving, but you’ll discover new favorites that are lighter, sweeter, and much healthier than what you’re used to eating. Most brands do offer the standard flavors: chocolate, vanilla, one or two fruit varieties. But if you’re looking for that chocolate fix, that burst of fruity flavor, or a truly decadent dessert loaded with nuts and candies, you’ll find so many vegan-based options that you won’t know where to start.

Most vegan brands offer varieties that are loaded with sweets like chocolate, caramel, candied fruit, and even non-dairy cookie dough. If you want something more decadent, you’ll find flavors like chocolate truffle, caramel fudge, or strawberry cheesecake. And if you prefer your ice cream to be light and refreshing, you’ll find plenty of fruit-based flavors made with real fruit pieces like strawberry or blueberry. Best of all, non-dairy ice cream brands aren’t afraid to experiment. You’ll find truly unique flavors that you won’t find with traditional ice cream brands, like peanut butter and jelly or banana caramel.

Is Non-Dairy Ice Cream Actually Good for You?

Make no mistake, a vegan alternative to ice cream is still a dessert–it’s not meant to be a meal replacement. But it’s still much healthier than the fat- and sugar-loaded dairy varieties. You’ll enjoy healthy ingredients like coconut milk, soy, and avocado, as well as more indulgent bits like chocolate brownie chunks. Some brands even offer servings of fruit and vegetables, so you’re still getting a small health bonus at the end of the day. It’s the best of both worlds–and once you make the switch, you won’t want to go back.