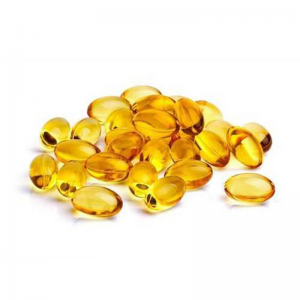 Looking for the best Vegan alternatives to Omega 3 Fish oil. Checkout the list of alternatives based on other people's recommendations.

DEVA Vegan Omega-3 DHA is a quality product derived from algae and packaged in non-animal softgels made from carrageenan and starch. This makes a great non-animal alternative to DHA derived from fish and can be confidently used by vegetarians and vegans alike.

With Ovega-3, you get 500 mg (270 mg DHA and 135 mg EPA) of high quality, sustainable omega 3 fatty acids without a fishy aftertaste or risk of ocean-borne pollutants and toxins. Plus, you’ll gain a peace of mind knowing you’re doing the right thing for your heart, mind and more.

The dramatic effects of taking NuTru’s O-Mega-Zen3 are not limited to brain health and improved brain function. This special highly purified Vegan Omega-3 dietary supplement has been shown to have other powerful health benefits such as, improving one’s cardiovascular profile, helping to reduce cholesterol levels, and may even have beneficial impacts on ocular or eye health.

All the benefits of Omega-3 fish oil… without the fish! Omega-3 from Omvits is a 100% plant-based source of essential fatty acids for heart, brain and eye health… No Fish. No Gelatine. No Impurities. Each batch is independently tested for heavy metals, microbes and toxins. It’s GMO-free too.

Omegas are noted as offering a vast array of health benefits with studies showing that when consumed regularly and consistently, signs of anxiety and depression along with symptoms of inflammation and numerous other conditions can be greatly decreased.

There are 11 various types of omega fatty acids with three being among the most common including EPA, ALA, and DHA.

Typically, the suggestion is that omegas are best to be consumed via fish oil in addition to a regular diet of seafood, but are you being given all of the facts as far as where the omega fatty acids are actually being derived? Could it be that there is another, healthier more direct route you can take aside from fish products for which there are even higher levels of these fatty acids?  Let’s look.

How To Choose The Right Vegan Omega 3 Supplement

When becoming plant-based, it’s critical to find other means in order to reach the appropriate nutritional goals for your body’s health and well-being than food. This includes the recommended daily level of omega fatty acids which are meant to provide for a reduction in the risk of heart disease, as a means to keep cholesterol within normal limits, and for good maintenance of brain and eye health.

The necessary acids the body is not capable of producing on its own so it would be essential to not only eat a regular diet of these foods that would provide a source of the eicosapentaenoic acid (EPA) and docosahexaenoic acid (DHA) responsible for these required benefits but also take a quality supplement as an additional resource. Unfortunately, the foods responsible for their production are various different seafood choices that are not conducive to a vegan diet nor are the fish oil capsules popularly used to supplement diets in order to gain these acids.

The problem is that fish oil has been misrepresented as the leading source of omegas with no recognition being given to the plant-based resources that are fueling the fish into producing the optimal levels of these acids. Fish are not self-producing their DHA and EPA within their bodies. They are receiving the acids through the consumption of microalgae.

The primary producers of EPA and DHA in the marine system is microalgae. The microalgae are carried up into the food chain from the various different fish living in the oceans as the fish use these algae for their source of food. The fish develop large amounts of the EPA and DHA concentrated into their bodily tissues after consumption. The fish are then ‘fished out’ and processed into foods and supplements as a means for you to receive your daily requirement of the fatty acids the fish obtained artificially.

What needs clarity is why fish oil is being pushed as a source of these required nutrients when algae are the actual direct resource. It would make much more sense and be a much healthier option for everyone if the DHA and EPA were derived directly from the plant as opposed to people being subjected to allergens, toxins, causing potential harm to the fish, and not getting the optimal level from the acids that we could be getting by going to the primary source, to begin with.

Why Prefer A Vegan Omega 3 Supplement Over Fish Oil?

Many people, vegan or not are turning to the omega 3 vegan alternatives over fish oil for good reason.

The oceans are being depleted of the fish population as a means to handle the growing demand for seafood and supplements. It’s critical that there be other options to fulfill the requirements that sustain health and well being. In this particular instance, the direct resource is plant-based and should be tapped into. It isn’t even a matter of being vegan, vegetarian, having a fish allergy. Algae is simply providing a better choice for people as a whole to obtain the optimal level of omegas in a direct manner to promote the ultimate level for their well being.

If you save the oceans and the fish population in the process of becoming healthy, that’s a win-win. The world’s ocean is responsible for regulating our climate and also supplies half of the amount of oxygen that we breathe, not to mention providing our greatest resource for protein. Conserving by any means possible is everyone’s responsibility, not just a small group of people with a diet and lifestyle restriction.