Is Soy Baby Formula Dangerous for My Baby? 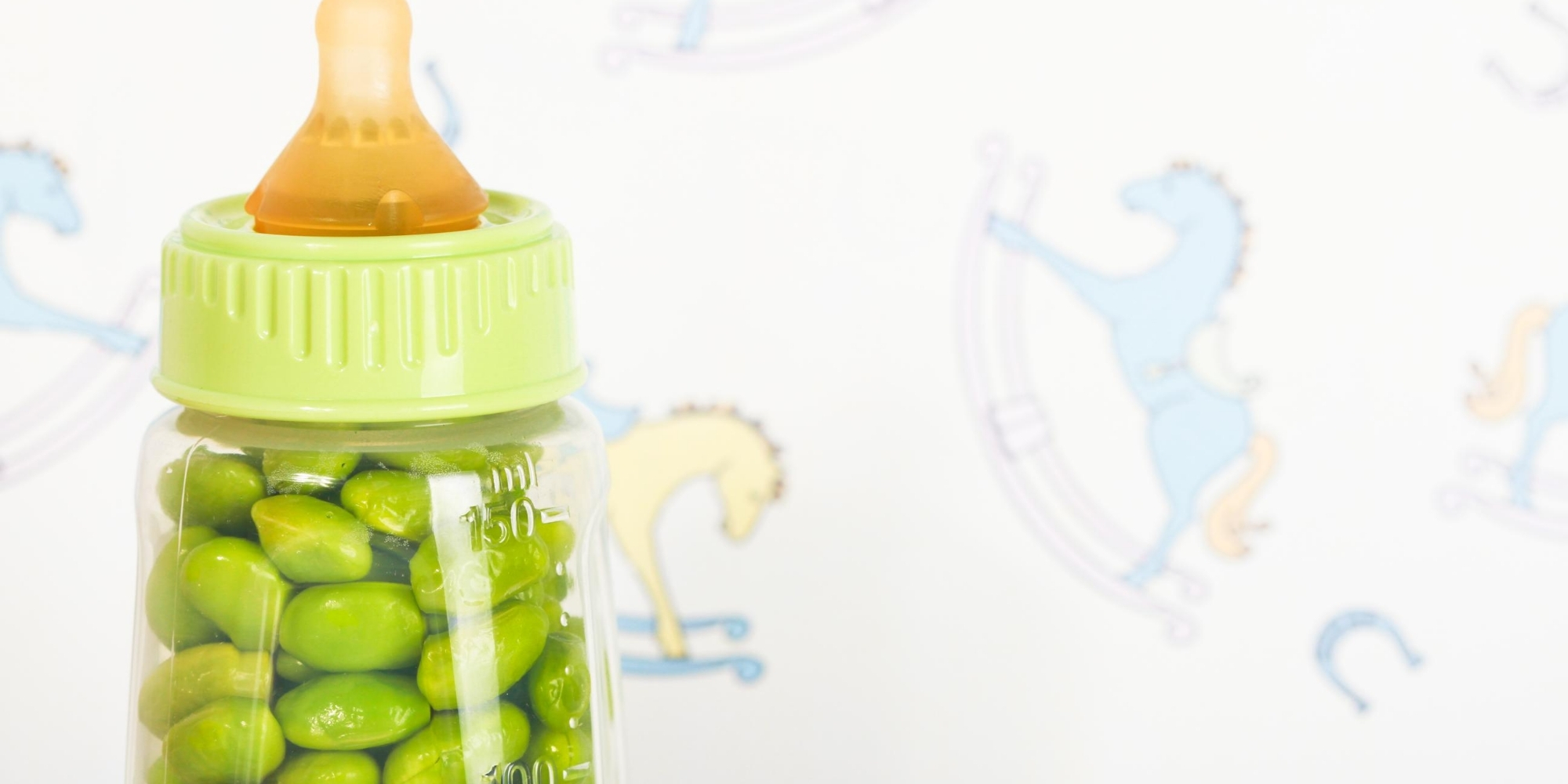 One of the most difficult parts of maintaining a vegan lifestyle is raising a child. It’s relatively easy to find food for yourself, but vegan food for infants and toddlers is hard to come by. And if you’re raising an infant, you need the right balance of nutrients to make sure they grow up happy and healthy. You don’t want to bring dairy products into your household, but it seems like every parenting website and advice book recommends using dairy-based formula if breastfeeding isn’t an option. Do you have to suspend your fully vegan lifestyle until the child is old enough to eat solid foods?

For some parents, soy baby formula seems like the perfect way to nourish their child without contributing to the cruelty of the dairy industry. It’s readily available and doesn’t cost much more than traditional baby formula. However, some parenting websites seem to caution against using soy baby formula except in extreme circumstances. With so much contradicting information online, you might find yourself asking: “Is soy baby formula dangerous for my child?”

In general, soy baby formula is not dangerous for babies. However, you should consult a pediatrician before using soy baby formula with your child. As Very Well Family points out, while soy formula has not been shown to have adverse effects for full-term babies, premature babies who drink soy formula may experience issues like bone mineralization. Most pediatricians won’t actively recommend soy formula unless the baby has a specific medical condition that requires it. This isn’t to suggest that soy formula is dangerous, but rather that the effects of soy formula haven’t been studied as extensively as dairy-based formula. However, it’s currently the only safe vegetarian option on the market.

One minor concern about the effects of soy formula is the amount of estrogen in soybeans. Some parents have questioned whether using soy baby formula estrogen can affect their child’s hormones and natural development. However, Parents reports that studies have shown no adverse hormonal effect on human infants who drink soy milk.

Does Soy Baby Formula Have the Same Nutrients as Dairy-Based Formula?

Soy milk traditionally contains less fat than dairy milk. This might sound like a good thing, but growing infants actually need a certain amount of fat to enrich their diet and promote healthy growth. To make sure that your child gets all the nutrients they need, soy formulas are typically fortified with fats, vitamins and minerals to keep your infant growing healthy and strong. For this reason, soy baby formula is just as nutritious as dairy-based formula. Contrary to popular belief, your baby won’t be weak or malnourished if you stick with soy–if anything, they’ll be as strong and healthy as any other baby in their age group.

What is Soy Baby Formula Made From?

Most soy baby formulas are made from a base of soy protein, which is fortified with other ingredients and sweetened with corn syrup. Like traditional formulas, soy formulas are crammed with vitamins, minerals, and prebiotics to promote health and immunity.

How Can I Tell if My Baby has a Soy Allergy?

Soy allergies are one of the most common food-based allergies. Despite popular belief, babies who are lactose intolerant are also likely to have a soy allergy, so soy formula isn’t always the best option for babies with a milk allergy. Soy baby formula allergy symptoms can include swelling, rash, vomiting, hives and trouble breathing. If your child exhibits any of these symptoms, stop the formula use right away and take the child to the emergency room. Soy baby formula isn’t the only vegetarian formula on the market, so you do have other options, but soy formula is typically the cheapest and most common.

Unfortunately, soy baby formula is not a vegan product. At the time of writing this, all soy formula brands use vitamin D extracted from lanolin, a waxy substance which is secreted through the sweat glands of sheep. Soy baby formula is 100% vegetarian, as it contains no meat or dairy products, but it does have a small, inescapable fraction of animal products. There are currently vegan soy baby formula products awaiting FDA clinical trials in the United States, but they have not yet been released to the public. These products may be on store shelves within the next few years.

Are There Any Advantages to Using Soy Baby Formula?

In some cases, your pediatrician might specifically recommend soy baby formula if your baby suffers from gas, constipation, or trouble digesting milk-based formula. Using soy formula is also a great way to bypass the brutality of the dairy industry and raise your child in an (almost) entirely safe, cruelty-free environment. Soy formula is also 100% free of the chemicals, additives and growth hormones that come from using milk-based products.

Where Can I Find Soy Baby Formula?

You can find soy baby formula at most major retailers, usually in the same section as the traditional baby formula. If you’d prefer to shop online, you can also order soy baby formula Amazon or other major online retailers. Here on our website, we’ve prepared a list of some of the best vegan alternatives to baby formula on the market. These products have been used and reviewed by fellow vegans who found the products to be a safe dairy-free alternative to traditional formula. Sign up today and you can rate our products and even add your own suggestions to the list.

Is Soy Formula Much More Expensive than Dairy Formula?

Soy formula can be a little pricier than traditional formula, but it’s not radically more expensive. Some soy formulas are even equal in price to organic dairy-based formulas. Babies aren’t cheap, but you can feed your child a healthy plant-based formula without struggling to pay the rest of your bills.

Overall, soy baby formula is a safe, natural alternative to dairy-based formula. Some parents have raised concerns about the hormones and nutritional content of soybeans, but multiple studies have shown that full-term infants have no adverse effects from drinking soy formula. Soy-based products are just as nutritious as milk-based products, and they allow your baby to grow up healthy and strong without partaking in the cruelty of the dairy industry. Countless infants around the world have been raised on soy formula with no adverse health effects.

However, soy formula can be harmful to premature babies, so always consult with a pediatrician before starting a soy formula regimen. Some babies also have soy and corn syrup allergies that can make soy formula indigestible. But overall, most infants will benefit from a diet of soy formula that’s enriched with vitamins and minerals. Soy formulas are affordable and easy to find at most major retailers, and are prepared and served just like “regular” formulas. They have a mild taste and fragrance, and once you’ve switched, your baby won’t even notice the difference.